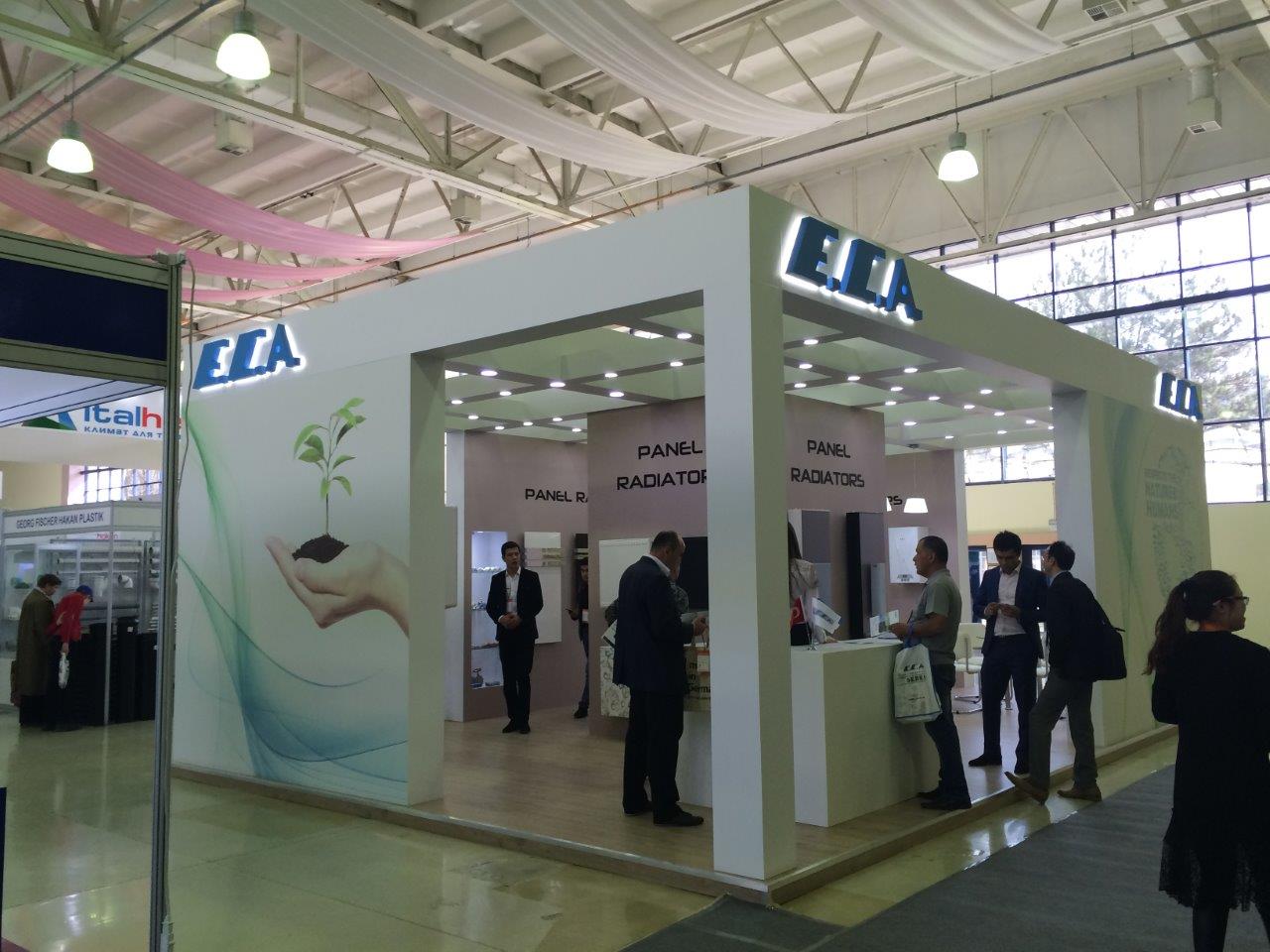 73 companies from 13 countries attended the pair which is held in UzExpoCentre fairground and the fair is visited by 5.562 professional individuals.

E.C.A., dazzles and burst into prominence with its 54 m2 specially designed stand and wide product range in E.C.A. branded combi boilers, panel radiators and valve products and their useful designs among the many stands in the fair.

As a result of this situation, E.C.A. stand designed by the Elmor A.S. Architectural Services district which is a part of the Elginkan Holding is entitled to receive the best stand in the fair award.