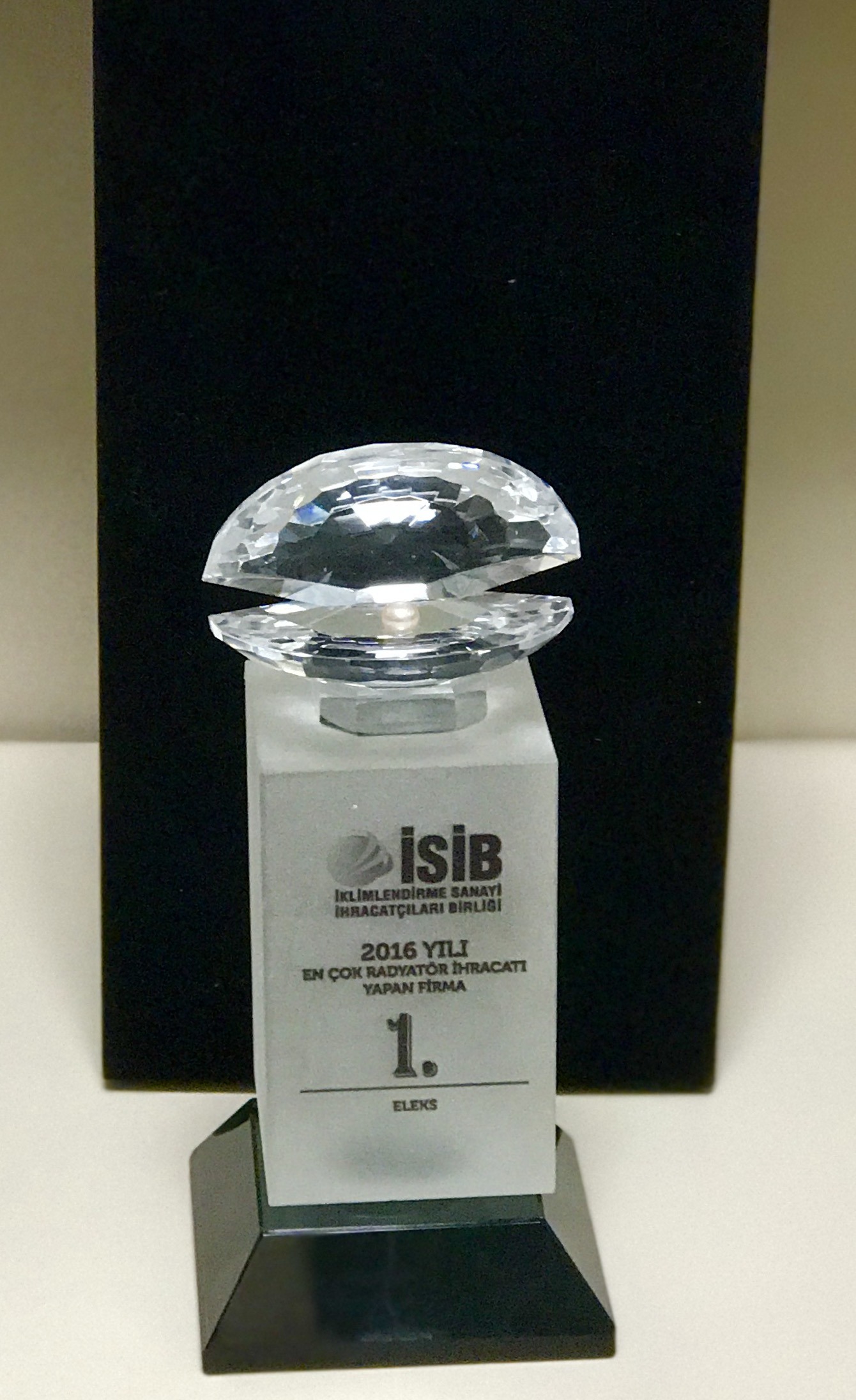 The award ceremony of the successful exporters of the climate sector was held on April 18th, 2017.

The Climate Industry Exporters Association (ISIB), which started its activities at the end of 2011, since its foundation, reward every year its member companies according to their Export Achievements. During the "Successful Exporters Award Ceremony" organized also this year by ISIB, the Association has distributed its awards in accordance with the 2016 Export Performance.

During the Award Ceremony held on April 18th, 2017 in Ankara with the participation of sector representatives, a total of 48 prizes were awarded by ISIB to 17 categories of ISIB members. Eleks Dış Ticaret A.Ş.was awarded the first prize in the category of the companies with the highest exports of radiators.